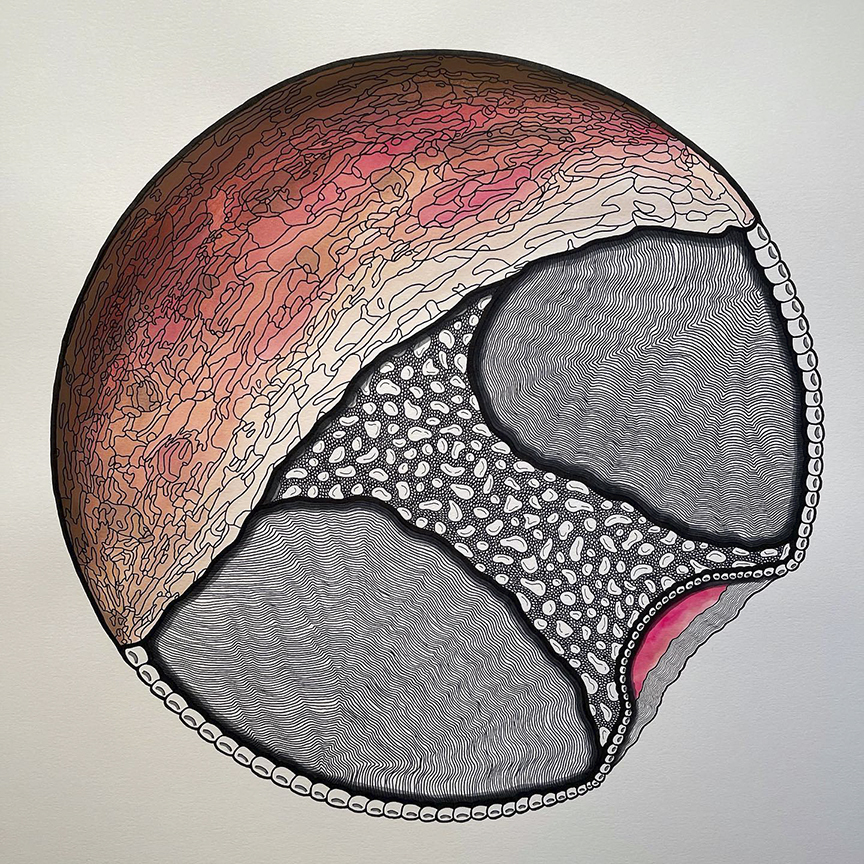 I chose the name Andromeda after receiving it through meditation. I had a vision of the Andromeda Galaxy that would not leave my mind. This also applies to my work, as it is not abstract, but also best described as visions from other worlds or higher dimensions, divined through meditation. When I am creating my art, I become a conduit, getting into a state of flow, ideas subconsciously pour through me. They are representational of things that exist, but we can not see, whether because of our primitive technology or that we exist as part of a lower, simulated dimension that physically can not access these higher planes of existence.
These visions are of an ancient future, where technology and magic are intertwined and there is no distinction. They are of worlds being created, machines that envelop and harness an entire star’s energy, and of the birth and death of the universe itself. Black holes are often present in these visions as well, containing infinite amounts of information and also representing a complete loss of information. I channel these visions into my work, with respect and understanding, for I do not always know what they mean.
I see the world very differently than most people, I have had a near death experience with cancer as a child and I am a trans woman who has experienced life as both genders. Both of these things have shaped me immensely as a person and have made me sensitive to my perception of the world. In the end, the goal of my art is to create experiences where people can receive these feelings, ideas, and visions and be moved by them in the same way that I am.

Artwork/s at the following locations:
College For Creative Studies