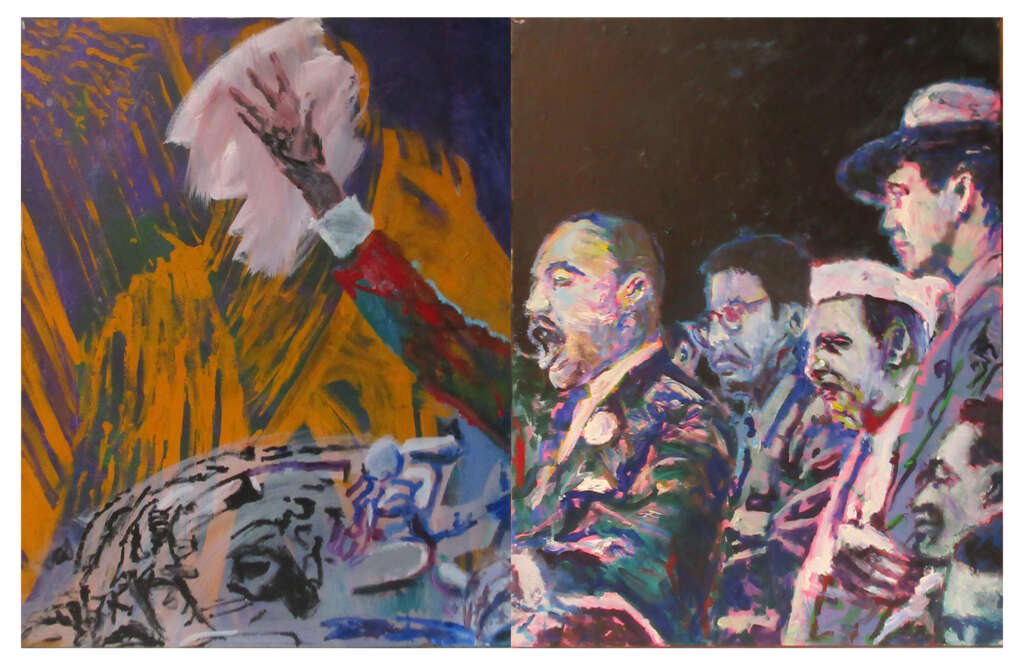 Brian Buczak 1954-1987
Brian Buczak was born and grew up in Detroit, Michigan. He graduated fromwhat was then called The Society of Arts and Crafts. Along with close friends from art school, he moved to New York City in 1976. He had already had extensive correspondence with Ray Johnson and quickly immersed himself in the art and gay communities of late seventies NYC. Within a year he would meet artist Geoffrey Hendricks, a major participant in the Fluxus movement. Until Buzcak’s death from AIDS in 1987, they would share a partnership centered around their mutual yet independent creativity. In this brief period of time, Buzcak would create an extensive body of work in drawing, painting, artists books, and object making.
Painting appropriated imagery was Buczak’s means of subverting what was already understood to be a mediated simulacrum of information. Like many of his peers in the eighties art scene, Buczak’s work was both cultural critique and an exploration of the politics of identity, but he expands his concerns into the metaphysical. He links his queerness with a notion of a multi-dimensional self. Employing a variety of painting styles, he reinterprets childhood textbook illustrations, 19th century academic painting, biology, pornography, advertising, news media and other found imagery, creating a symbolic iconography that in his words was a “search for accidental significance.” For him the sacred and profane were to be uncategorized. Set free of their separation, Buzcak’s work opens the door to multiple readings that link pleasure and pain, knowledge and innocence, life and death: the phenomenological wonders of this world and beyond.
Brad Melamed, Brian Buzcak Archive