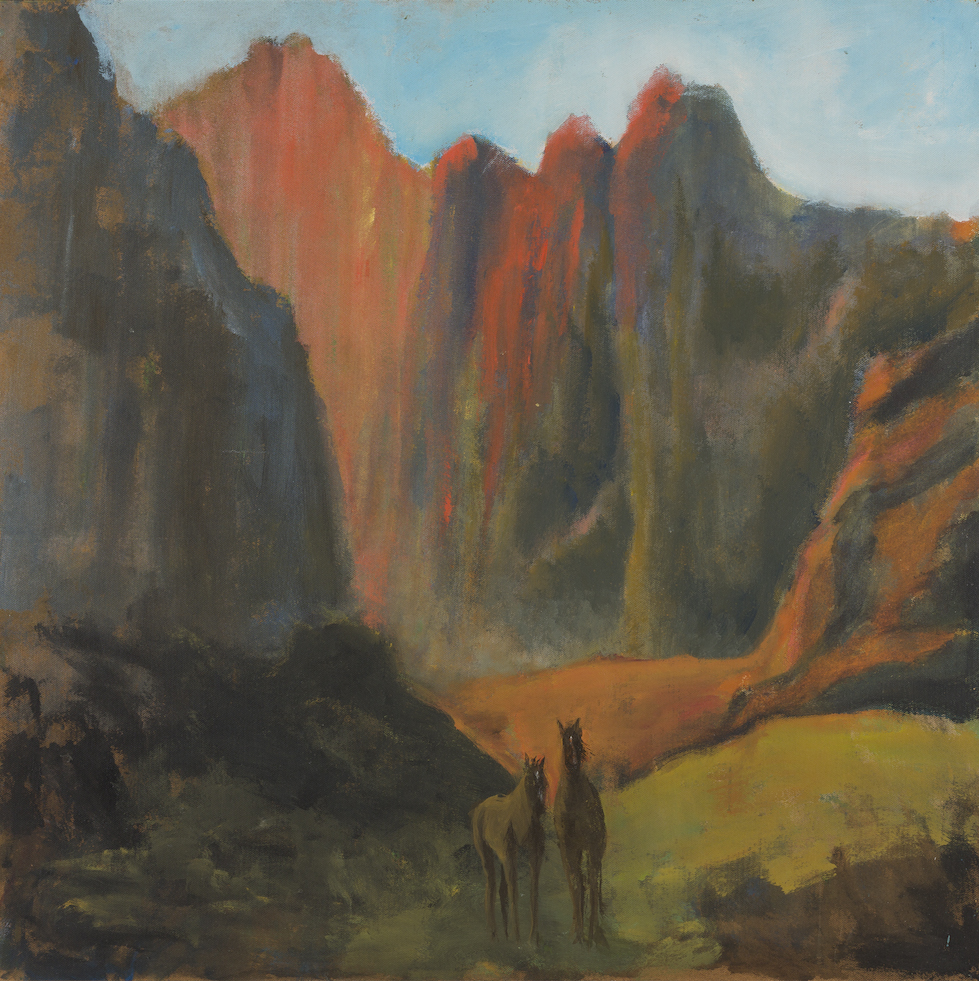 In the last 10 years of photographer Jack Whitehead’s life he put aside his cameras and devoted himself to producing over 350 paintings on 4 x 4’ sheets of Masonite. Utilizing his memories, vast imagination , And the lush Floridian landscape for inspiration, he finally achieved his lifelong dream of being an artist.

Fearing the lack of financial security had he followed his heart, he instead became a highly successful commercial photographer for both the fashion and automotive industries. This success allowed him to move to Florida after he was diagnosed with kidney failure to fulfill his dream. The world is better off for it… Because he left behind such beautiful paintings, stunning examples of American impressionism, canvases Filled with delight, whimsy, and a depth of perception that belied both His age and health.

“He was a marvel”.– Written by Jon Strand.