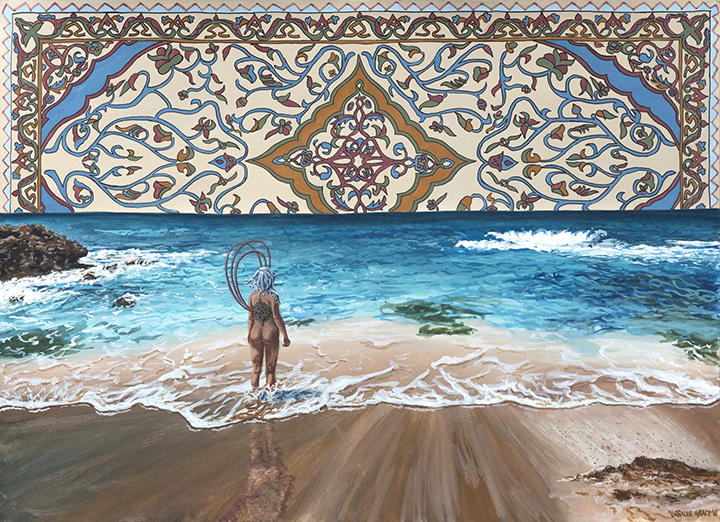 Early visions of environmental catastrophes and socioeconomic injustices due to climate change struck me at a young age. I knew I wanted to document both the state of the world, how it is now and how I imagined it would change in the future. As soon as I was able, I did just that.
I began traveling the globe, visiting breathtaking regions, and meeting inspiring, thought-provoking people everywhere I went. I soon realized that my desire to capture the beauty around me wasn’t enough and that I wanted to reference the wise and fascinating cultures that were influencing how I saw the world.
Thus, for over a decade, I have been adding to and curating my Futurelands series. What began as a reluctant harbinger of things to come has morphed into more of a celebration of humanity in its varying environments.
But under the surface, it’s more than that. What has driven me to pursue this work is my hope that it can bring awareness to how people in “developing” countries and areas of America, haven’t just been exploited socioeconomically, but that they also unjustly suffer the devastating effects of climate change and pollution they had no part in creating.