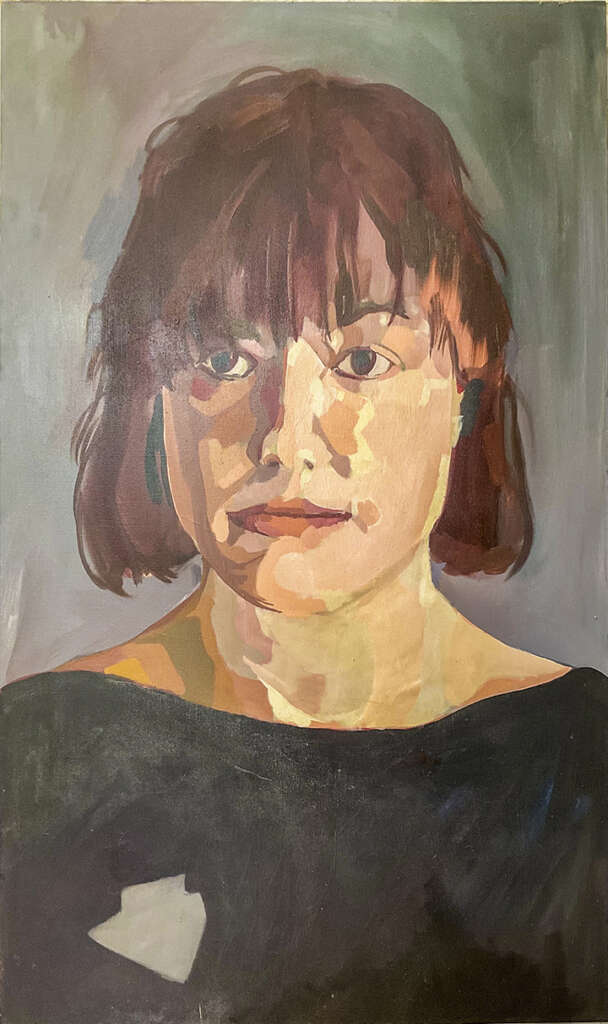 Michael Connelly (1965-1992) .
Michael Connelly was born and raised in Birmingham, MI. He showed an early affinity for art-making, and after graduating high school, studied for a year at the famous Pennsylvania Academy of the Fine Arts. It was there that he refined his figure painting skills and began concentrating on portrait painting. He returned to the Detroit area and finished his college studies at the Center for Creative Studies (CCS), now the College for Creative Studies.
While at CCS, Michael was mentored by Russell Keeter, a well known painter who taught anatomy. It was there that Michael honed his style, as seen in this Portrait of a Friend, painted in 1987, just after Michael graduated from CCS.
Following graduation, Michael moved to an artist’s loft in downtown Detroit (before loft living was legal in the city) and continued painting portraits of friends, usually from photographs that he took of his clients.
Michael died of AIDS related complications shortly after his 27th birthday.
-Written by Sharon Zimmerman