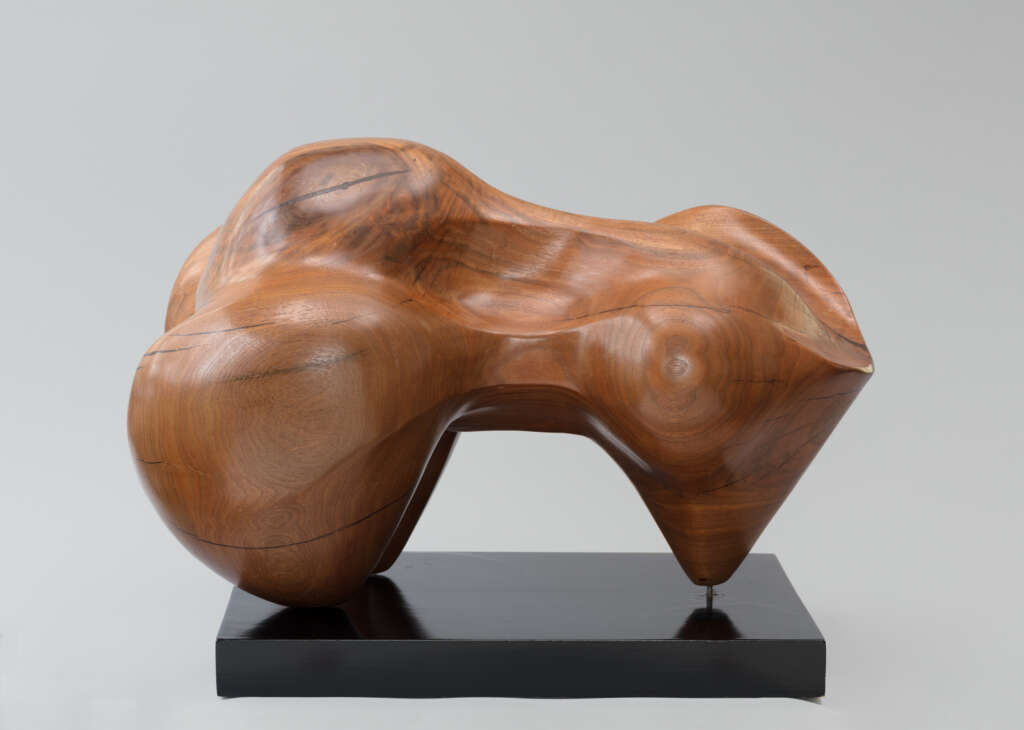 Margaret Elizabeth Sauer aka Peggy Sauer (1925 – 1986).
In 1955 Peggy Sauer became a member of Harley Earl’s ‘Damsels of Design’ – a group of women designers the chief General Motors designer hired to design the interiors of GM automobiles. After GM, with designer Raymond Loewy, she worked on the 1963 Studebaker Avanti model.
With her achievements in automotive design, and her multiple talents in her personal body of work — in sculpture, ceramics and drawing; her control of diverse materials — stone, metal, clay and wood; and her desire and ability to share, she became a professor of art and design at several colleges until 1985.
G. Alden Smith, Professor Emeritus Wayne State University said, “My remembrances of Peg Sauer extend through decades of shared ideas, mutual respect, and happy occasions. The strength and forcefulness of Peg’s work, her responsiveness to inherent qualities of the material she chose, whether stone, wood, metal or clay are immediately, almost insistently apparent.”