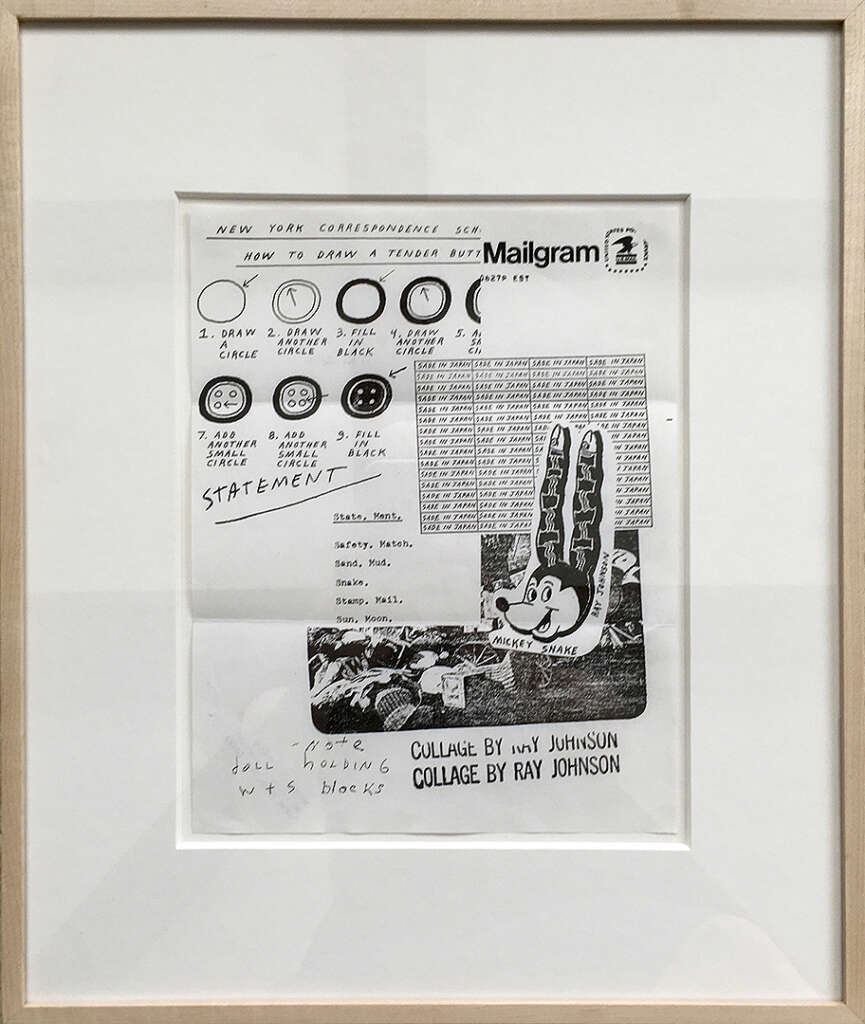 was an American artist. Known primarily as a collagist and correspondence artist, he was a seminal figure in the history of Neo-Dada and early Pop art and was described as “New York’s most famous unknown artist”. Johnson also staged and participated in early performance art events as the founder of a far-ranging mail art network – the New York Correspondence School – which picked up momentum in the 1960s and is still active today.