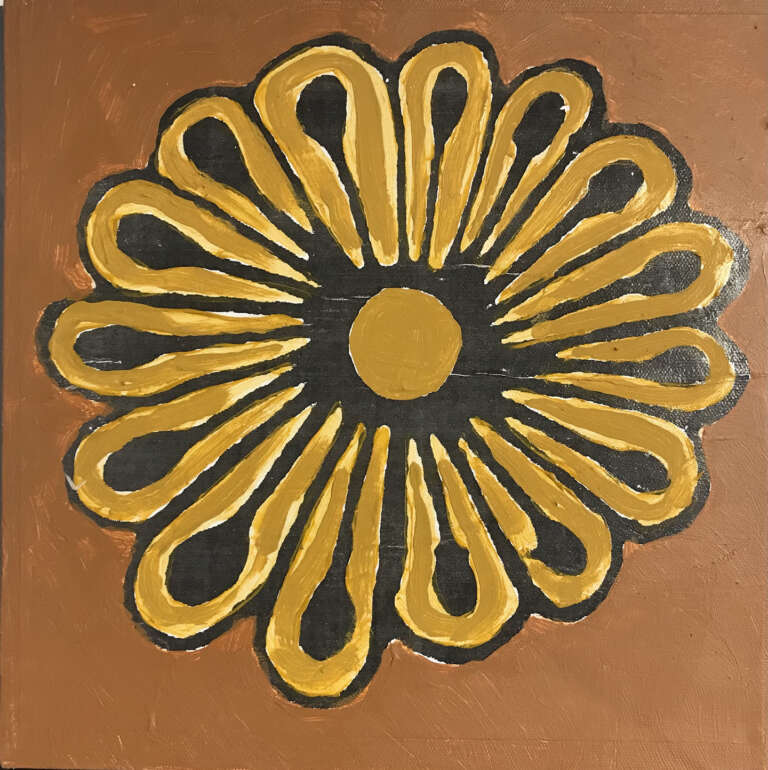 Rico was a well-loved member of the Cass Corridor and Detroit community for many decades. He was also a brilliant artist and intellectual. I don’t know all of Rico’s educational history, but he graduated from Cass Tech in 1981, and then went on to Wayne State where he graduated with honors obtaining a BA in English, He went on to study Film History and Comparative Literature at University of Iowa. He returned to Detroit and WSU where he studied Anthropology. Some people have told me he had a PhD in Anthropology but I cannot verify that. I know he worked on a LOT of anthropology studies in Detroit, and focused on topics such as HIV positive Black men in Detroit, surveying people who fish for subsistence in the Detroit River, and more.
He is also well known in Detroit for his long career in the service industry, working for places like Traffic Jam, Cass Cafe, Detroit Athletic Club, and more where his sly wit and quick humor earned him many friends and admirers. He was also known in art and music circles as a performance artist in the 1990’s as front for the group Transgendered Frankenstein whose recordings have been preserved on Soundcloud.
As far as I know about his art career is that he was essentially a self-taught painter who was extremely well versed in art theory, trends, and criticism. His work was heavily influenced by Pop artists and Detroit’s rich Cass Corridor art traditions.
Rico was never shy to reference current events through critical observations embodied within his work, exploring themes of self-representation, what it means to be Black in America, local Detroit politics and society, as well as delving into pure abstraction.
–Dave Roberts