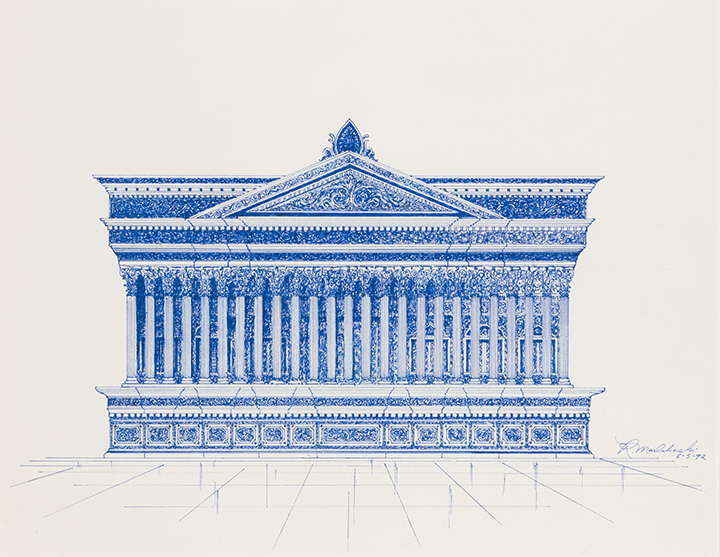 Ron Madalinski was one of the most versatile artists I’ve ever known. His creativity knew no bounds. He was an incredible draftsman with a master’s touch. Working with materials as diverse and unexpected as a typewriter, he created towers, skyscrapers and cities, his “Typewriter Art”.
He called his style of drawing, “Advancism”, Which Incorporated his love of history, architecture, ancient Egypt, Greece, Rome, the Maya, Aztec and Inca too.
Creating a three piece paper triangular building block shape called “Zig-Zags”, He could build a variety of temples, palaces, rotundas, and other fictional monuments. He photographed each iteration once done, then in an act of conceptualism, filmed them being knocked down. Sometimes using small firecrackers to implode them, other times swinging a carpenter’s plumb weight on a string like a miniature wrecking ball. Then done over and over again.
He, like Jack Whitehead, was a marvel.
Written byJon Strand