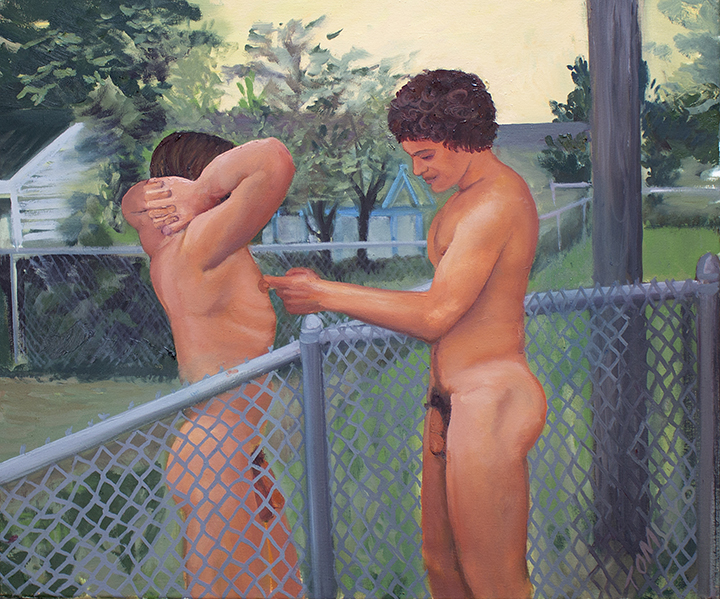 I grew up in the ’60’s and ’70’s, with great movies, wildly fantastic television, glamour photography and home photography. There was so much home photography, everyone had a camera! I became fascinated by the interplay between light and image.
Clowns, Universal Studio Monsters, drag queens and Hollywood glamor stars mesmerized me enough to want to digest them by drawing them. Television had witches, genies, robots, outer space doctors and vampires. I found mortal likenesses at home, and became interested in the mixing of icon and archetype with the grit of my own common experience. My paintings became autobiographical.