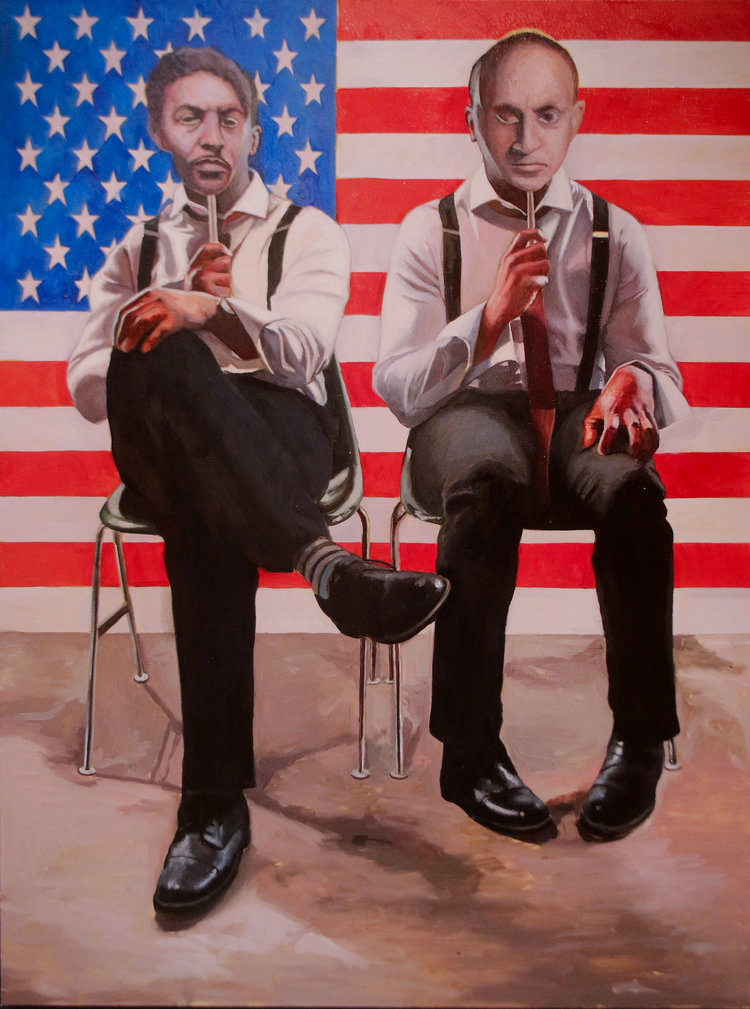 My work investigates the landscape of American history to present a new paradigm in the chronicle of African American people living in the United States. My practice queries how American history has been shaped by legacies of African American cultural phenomena from the pre-civil war era to the present day. Utilizing media-derived images, art history, and popular culture as source material–I engage my viewers in visual discourse that seeks to heighten one’s understanding of race, class, and gender in the United States. I mine symbols of power and oppression from the historical strata of Western art that have been used to create the standards that quantify what it means to be an American. I subvert my formal training in traditional figurative drawing and painting to create a more equitable and celebratory presentation of American History that accounts for the various contributions that Black people have made to the United States. My work suggests a new understanding of American identity, one that encompasses the complexities of the United States oppressive heritage, juxtaposed with a jubilee of Black American life.

Artwork/s at the following locations:
N’Namdi Center For Contemporary Art